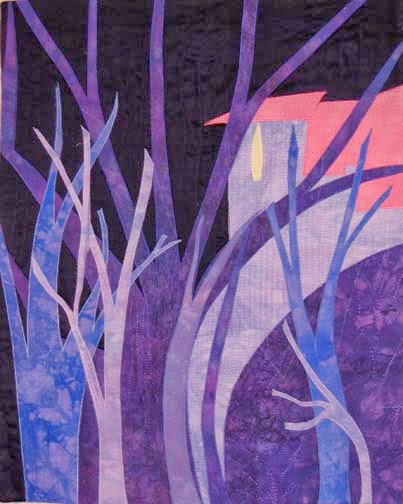 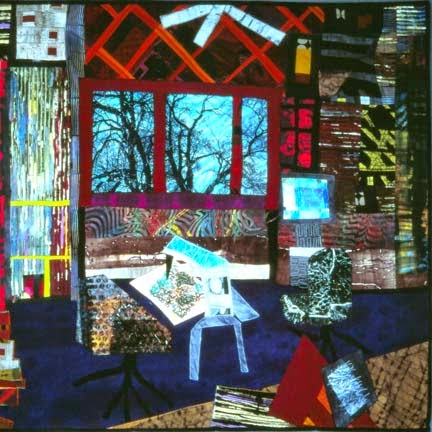 Well this blog is getting too long – final comment: spend more time on art than on reading blogs!!
And so I shall take my own advice……if you have been, thanks for reading!  Elizabeth
Posted by Elizabeth Barton at 8:26 AM

Thank you so much for this post. It was very insightful. A marvelous comparison and very timely for me as I'm trying to get to the next level in my compositional skills.

Great post. Love to hear advise on the art side of quilting. I belong to a small art group where we spend every other month learning how to critique and look at art. We always bring articles that we find helpful so I think I'll direct them your way. Thank you.

thank you Regina and Barbara - lovely to know someone is out there reading!! and thank you for recommending the blog...I only write about once a week so it's not too overwhelming!

I've been a regular reader for a couple years, although I don't comment often. When your first book came out I promptly purchased it. Will probably get the second too. I am a member of a small art group and two of our members will be attending your class next week at Alegra - Janet and Peg. Both are very talented. I asked Janet if she would take my book with her and ask you to sign it for me, if this is okay with you. I looked at attending the class too, but finances and life in general don't permit that for me at this time. I know you and all the students in your class will have a great time next week! Thanks for all your great advice and musings here on your blog.

A lot of this blog hit home for me. Great advice. But the part that really meant a lot was not to struggle with a technique I'm not good at and that I don’t need to be a “well-rounded” artist. I will spend my time getting better at what I am good at and go deeper into that. I don’t have to learn everything. I am done with buying more gadgets and workshops that will not further that goal. Your master class is helping me further that goal.

A really interesting post. Plenty of food for thought here.