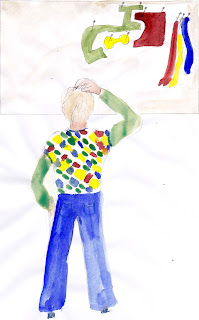 Elizabeth
Posted by Elizabeth Barton at 8:56 AM 9 comments:

The Master Class on Cape Cod

This was the first time I'd taught a LIVE master class...and how wonderful to be working with so many talented people!!

I gave three short talks accompanied by Power Point presentations to introduce the issues and topics I wanted to address...then gave an assignment and the students set to work!

Silence prevailed in the large airy room as cogitation commenced in all quarters.

Sketches were mounted onto design boards and we went round as a group for evaluation and critique....noting strong points, indicated weaknesses - and why - and possible ways to fix them.

Then the construction of several tops took place...obviously there wasn't time to complete whole quilts as a new presentation and assignment occurred every 8 hours!   Though there was overnight thinking and catch up time.

We also had a quilt show at the local Chamber of commerce, the opening was very well attended and the quilts looked great.  They were hung with "command" strips which I'd never seen before...but I was quite impressed...when we took the quilts down there wasn't a mark on the wall.  Much easier than rods and nails.

Here are some pictures from the quilt show: 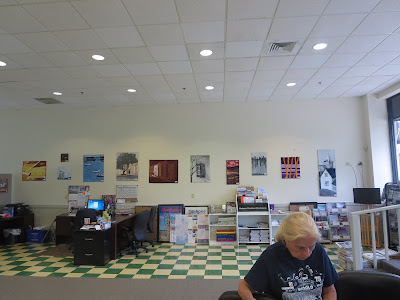 and a few of the many designs that were made - I think everyone went home  with at least a dozen excellent designs, and some had many more......they won't need to take another workshop until this time next year!! 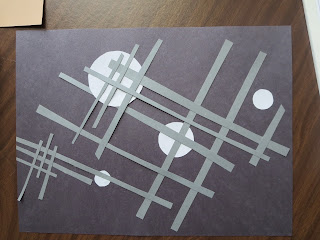 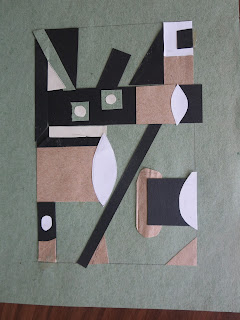 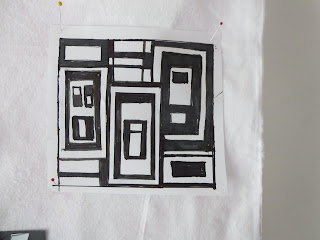 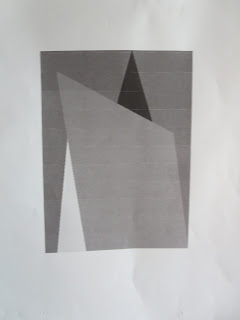 It was such a good experience that there may be another Live Master Class in my future...meanwhile I'm going to expand some of the assignments into online classes for the academyofquilting.com - don't look right away though...it takes me months to put these classes together!
And of course I have a waiting list for my online Master Class.  Email me if you're interested.

and now...for a nice cuppa tea...if you have been, thanks for reading!   Elizabeth


Posted by Elizabeth Barton at 8:37 AM 2 comments: 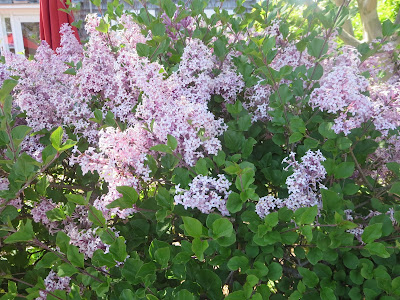 And here I am on Cape Cod enjoying the gorgeous smell of lilacs - getting my fill because they don't  grow in the South.  I'm having a few days off to admire the scenery and regroup before teaching the Live Master Class next week.  Reading some books about art...if you're not doing it - read about it, think about it, nay....Cogitate!!!  It's so enriching to read and reread books about art.   A favorite writer is Marie Roberts who said:

Would that it were so!!  And yet how many  still hang onto magical thinking.  How many contestants in those (un)reality shows on tv, when asked why they should get the prize, state "because I want it SO much!"  Oh yes, but does wanting it So Very MUch mean that it will happen?  I always wanted to be able to speak and understand a foreign language, but how far d'you think I got just wanting?  And I Wanted As Hard As I Possibly Could!

Just wanting to create a wonderful symphony, an amazing novel, or a fabulous painting, or an award winning art quilt actually isn't quite enough!  However passionately you feel about it. And, however passionately you feel about the topic you wish to portray. As any writer will tell you, there's significant planning (look at J K Rowling who planned out the whole Harry Potter series before she began writing) and then hard grind.

An experience many of us have had is that the quilt just doesn't turn out as we hoped and imagined.  So what is actually happening when you feel that you can  see the quilt in your head but it doesn't come out right when you try to build it on the wall?  If I see a word in my head, or even a whole sentence (!) I can usually write it down.   If I see a row of triangles, I can draw them.  So what about that fabulous idea?   Well, for one thing, I actually don't see it clearly, rather I feel it;  I feel the emotion of it, but I don't see the actuality of it.  The feeling has to be translated into the elements that we have in quilting, viz: light/dark, color, texture, shapes and lines.  We don't have a little pot of emotion we can spoon out on the quilt.  The dye companies don't make "joy" or "melancholy" that you can brush on, or stitch on.  Imagine if you could though??   "3 yards of gaiety and a pound of wonder, please!"

Now the great musician can draw her bow across the violin strings and we can feel happiness and wonder in ourselves.   But if I drew that bow...I'm sure that wonder would not be the emotion my listeners would experience!  We need to know how to translate feeling into the elements we do have.   And we need the skill to do it well.  Alas neither is gained overnight, and definitely not achieved without a great deal of effort and thought.  And looking at how others have done it.

So we headed down to Provincetown - called Pee Town by the locals! - to check out some of the art.  And there's a lot of it, some good, some bad, as you might expect.  We were told by a gallery owner that the visitors to Pee Town didn't like fiber, but I did come across this little gem (alas did not get the name of the artist): 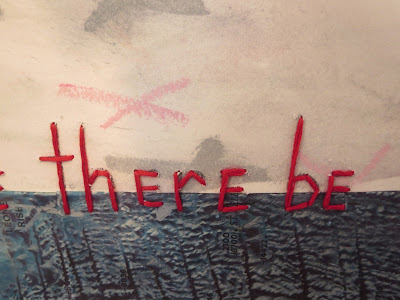 And now to prepare for the class....
If you have been, thanks for reading!   Elizabeth

PS  Do recommend to us any books about art that  you have found inspiring....the Comment box is open!


Posted by Elizabeth Barton at 6:08 AM 2 comments: