In and out of the grey cube 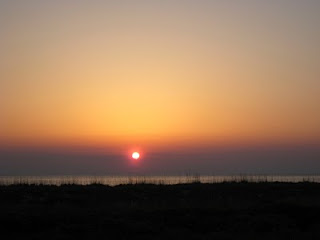 “I’m not a creative person”.
How very often I have heard that, and my heart sinks for the person saying it.

Can creativity be taught? It seems there is some controversy on this point.
Two articles I’ve read lately give entirely opposing points of view. A discussion of Cal Arts admission policy stated that since they felt that creativity could not be taught, students had it or not.. they would only choose students for their MFA programs who had clearly already demonstrated that they were creative people. Sarah Thornton in her rather depressing and cynical book about the Art World states that most art teachers believe that creativity is a “personal process’ that cannot be taught. They certainly don’t teach it in most art schools and I never came across its having being taught anywhere except in business think tanks and those horrible motivational seminars on which some workplaces waste thousands of dollars – though maybe with the recession the “motivational business” is seen as the pseudo psychology that it often is!

On the other hand, Ken Robinson, in his U-tube lecture, specifically talks about teaching creativity to his students. He also discusses the ways in which modern education tends to crush any creative thinking by requiring precise rote answers, by punishing nonconformity and by allowing no time in the curriculum for thinking in any way other than pre programmed. If you can discourage it…can you encourage it?

Most of the articles on line about creativity are related to business brain storming – how to come up with a new widget to make more profits for the shareholders…as in “go back into your grey cube and think outside the box”! We’re programmed from childhood to live in the grey cube…and then suddenly we’re supposed to be able to think in a non-grey cube way! Well, I guess, if we’re lucky! It’s very much back to Throw out all the Rules! Now you must do this…and this …and this..and in such and such a manner and all by 3pm”.

If you think about it though it would not make any sense for us not to be creative – that’s the whole difference in the human brain…we can adapt and adapting means coming up with new solutions – which is being creative.

But I agree with Sir Ken, everyone can be creative…each time you change a recipe slightly, decide how to plant flowers in the garden, arrange ornaments on a shelf, write a letter, doodle, hum your own little tunes, stand up and wiggle in time to music, think strange thoughts (and yes, we all do!) you are being creative. If we practiced a lot at any one of these, then we would improve beyond the general norm and maybe come up with something that others would find quite remarkable.

Creative thinking can be quite dogmatic: following one step after another – as in various systems that suggest you think of two things and then follow a variety of steps involving different ways of combining these two things and similar activities. Or it can be unconscious, a solution being perceived in a dream (we all know abut Kekulé’s rings), or based on a combination of luck and awareness – as in the discovery of some molds’ antibiotic properties. Many creative endeavours involve generating many different possibilities or examples and then picking only the best. This holds true from discovering new drugs to painting 100 watercolors to have one that is inspiring.

It is obvious, however , that to be creative you need time, persistence, patience and an open mind. And with those…you can fly!

I’d love to hear from you how you think of your own creativity and what steps you take in a creative activity – and whether or not you believe that anyone can be creative.

If you have been, thanks for reading! Elizabeth
Posted by Elizabeth Barton at 5:14 PM

How much space do I have? LOL Creativity comes in so many ways. My husband, the nuclear physicist, was creative, always thinking outside the box, to advance in his field and have several patents to his name.

Creativity is not just the ability to make a painting or a drawing of a tree. It is how you approach life and overcome the obstacles placed in front of you.

Sometimes my dog is pretty darned creative about how he gets what he wants.

Yes, I think there are people who have a problem being creative. I think some folks get caught up in following the straight and narrow, afraid to break the rules and get out of their boxes.

Do I think this can be taught? Yes! Well, sort of. Enough from me.

Interesting. Gerrie and I had this discussion just the other day. I think everyone basically has the capacity to be creative. I think a lot of people in "own worst enemy" fashion throw up barriers to their own creativity by being afraid of what other people think, by childhood programming, by, as Gerrie says, being too bound up in rules and linear thinking. Maybe it takes counseling, not teaching to learn to be creative!

I definitely think everyone is creative. But the education system and society tend to suppress creativity instead of promoting it. People are fearful of being different and therefore don't show their creative sides. The more creative things you do, the more creative you will be.

This is interesting... inasmuch as I am in the classroom right now with Elizabeth.Creativity comes in many forms as Gerrie pointed out. Cake decorating, gourmet cooking, flower arranging, etc.... I can do those things, and very good at it, but... put a pencil in my hand and a photograph, ask me to draw some lines and I am stymied.
Yet, I can design and write instructions for traditional quilting patterns...again I was very successful here. I think 'fear' stifles creativity more than anything else, which makes me think it is something more to be 'encouraged' than can be 'taught'.
My 2 cents...

I don't think creativity can be taught, but I think it should be encouraged in any way possible.

In art and craft I would like to be able to teach everyone some skills, and give them knowledge about tools and materials. In other words, give people the confidence to be creative!

The first comment from Gerrie about her husband the nuclear physicst - he studied and gained knowledge, so had the confidence to think outside the square.

Personally I think creativity is a natural part of our make-up NOT a something mystical but because it is the thing that has enabled us to adapt and therefore survive - pretty successfully as a species - a sort of further-on version from what Darwin was exploring. And as Gerrie says it's not confined to human beings.

Often though, as you say, it is suppressed - too dangerous to have so many people thinking creatively? Or undervalued - if it can't be counted or weighed how do you know it's there? (I once worked for a large chain of supermarkets, hugely successful because of its skill in appointing staff who dealt well with the public - so when managers were required to appraise staff what did they do? counted how many items they could get through the checkout in an hour of course!

Gerrie has said much of what I wanted to say so won't repeat it. Just to conclude. As an ex-teacher who values ceativity highly, I believe it's not a question of teaching creativity but of awakening or reawakening the creativity already there. In twenty years of teaching I NEVER came across a student who wasn't creative. And I am talking about constructing narratives and writing poetry here.

I think creativity can be stimulated in people, but it must eventually come from within them. Sometimes we need knowledge, exposure to concepts and/or processes,time to practice and play, encouragement, or something we see, hear, or feel to spark creativity. Schooling and workshops can provide some of this, but one must be able to integrate this learning and then contribute "the new thing" from oneself. Some people may be naturals or find it easy, some may struggle, and some may never get there.

Nature and nurture in my opinion. Sometimes nurture kills off nature but I think we are all born with creativity - just think how easily children can run rings around adults and get what they want! When nurture has tried to killed off nature I think it is a very steep learning curve to re-discover what was and to a certain degree I don't think you can ever completely get it back. That would certainly take some stamina and determination. The fear can be too great to overcome and then it is easy to say: I am not a creative person. The task of convincing that person that creativity covers a multitude of abilities and nurture what is left of nature into bloom, now that takes a great teacher!

In my humble opinion, creativity isn't taught so much as released from whatever holds it in bondage! Years ago I was asked to teach art to a grade six class who previously turned out 31 identical pumpkins in the fall, 31 identical angels at Christmas - you get the picture. I had them do the "draw the outline of the teacher without looking at the paper" exercise, then told them to make a picture of a garden on Mars. We also made a sculpted zoo full of animals and several other "we have never done this before" activities. Wow! Creativity galore. Too bad that the school system decided this class was too noisy (the task fell on their regular teacher for that, but I took the fall) or I might still be teaching it. As beings created in the image of our Creator, one only has to look around and see our potential!

Karen Pryor taught dolphins to be creative using regular operant conditioning methods (reward the behaviour you want, ignore those you don't). She had a specific signal for the dolphins to make up a new trick, and she would only reward new work for that specific signal. She said the dolphins would practice new things after hours, waiting for that signal so they could show off something new (and get a fish).

If dolphins can do it, humans can as well.