A student made the comment that it was hard for her to let go of "the rules" .....
....and yet to be creative, it's pretty much a requirement.
so how do you do that?

Perhaps, it should be done inadvertently!
If you think about it creativity is outside the rules, even though it may include some rules.

Accept that idea and then you can see that there is a place for creativity and you have the capacity to go there.

Once you know that's possible, then even though you might be following  the rules always in the back of your mind you could be looking for more interesting, exciting , more attractive, colorful..ways of expressing the same idea...
In the quilts on the left, I allowed the image to disintegrate to express the sense of the elements charging along outside of the safe place of the cove...I could have just shown the cove itself, but I wanted to convey the idea of "cove" being a safe place, therefore I wanted to show the danger.... 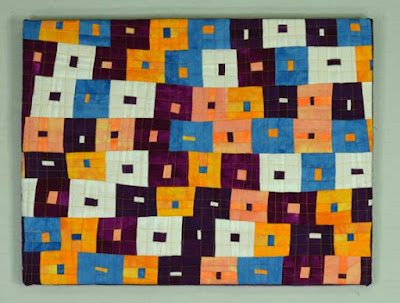 Compare the piece above with the one below - which one is more exciting?
Which one "breaks the rules" more? 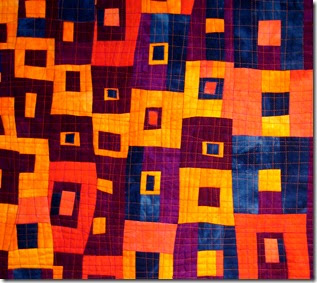 Look at these three quilts all about homes in "green places"....which one is very prosaic, spelling out the shapes of houses and trees...which one merely suggests the idea and leaves you too figure out the answer?  Which do you like best??? 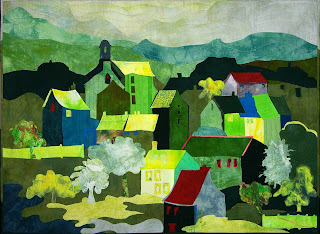 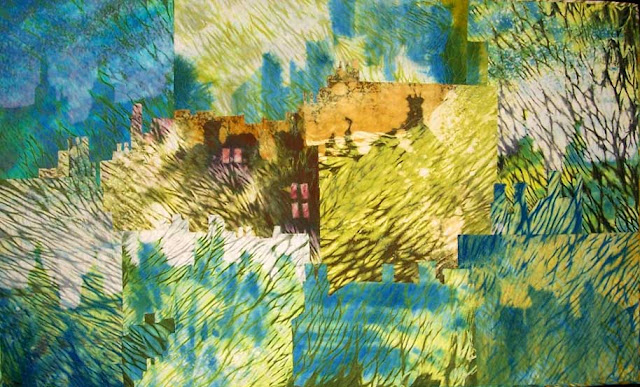 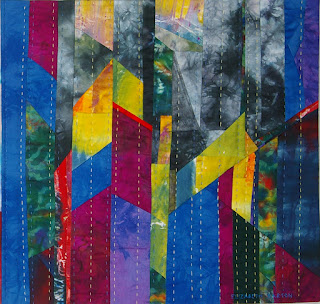 so...tell me...what do you think about "breaking the rules" - is that a way to creativity? or just a way to chaos?  and how might you avoid chaos?  I'd love to hear from you.....

Next week, I'll do another blog on creativity...it's such an interesting subjects....

And, if you have been, thanks for reading.  Elizabeth


Posted by Elizabeth Barton at 2:11 PM

I like both of your green quilts but I think I like the first one better! You were brave to cut it up... I would not deduce that the one you made with the cut up pieces was a house! I do enjoy your posts though I don't always comment.