Imitation: a sincere form of flattery but also a good way of learning. 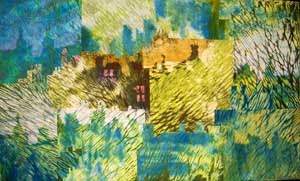 I’m involved in an experiment at the local university to see if learning the piano (when you’re over 50, I’m not admitting to any more!!)  will improve your brain.  As a former psychologist (don’t worry I do not practice now – in any way!) I’m always interested in HOW, as well as why, people learn things  so I started researching the best way to actually learn to play the piano.

Of course, it’s known that frequent short sessions work better.  It’s better to play for 30 minutes a day, for example, than for 3.5 hours on a Sunday – which is a shame for all those Sunday painters and Sunday musicians who hope to make progress with their art! Of course there’s no problem with them Actually Enjoying their Sunday making art or music.  I’m just interested in learning how you can do things better – since I really don’t get much out of playing “Twinkle Twinkle Little Star” for 3.5 hours every Sunday!!  I know I don’t want to stay at the stage I’m at now.

The other thing that really seems to help is massed practice on the areas on which you have difficulty.  So for music, that would mean taking that one awkward bar (or measure)- (hmm interesting that the British associate it with drinking, and the American with amount!! That might say something for cultural differences!!! But I’ll speculate no further on that one!) – and repeating it several times.  My teacher said 5 times but that did nothing for me, however I’ve found that ten times makes a very significant difference.
How could you apply this to quiltmaking?  As I describe in my book Inspired to Design,  there are several distinct steps involved in making an art quilt.  Write down the steps you follow and think carefully: which step gives you the most grief? Can you repeat and repeat and repeat just that step?  I find many people spend much more time on the areas they are good at than on the particular step they find difficult.  Of course we all know (even though the politicians and journalists don’t!) that correlation doesn’t imply causation – but it does make you think!  You’ll stand a much better chance at getting better at something you do a lot of than something you do a little of.  Nobody gets worse with practice!

There was a series of books published about 30 years ago by Timothy Gallwey on how to learn tennis, golf and skiing called The Inner Game of……(whichever sport)…which described various learning techniques, many of them cognitive as well as behavioural.   Barry Green thought it would be interesting to see if the same ideas would work for learning music ( The Inner Game of Music (1986) by Barry Green and Timothy Gallwey).

One of the things he suggested was the imitation of a master player at the game or craft or art form you really want to learn. He writes that if you want to learn a particular style – and I know many of us have favorite artists that we wish we could make work like – then you need to be thoroughly aware of their style.  Can you describe their style in clear cut terms? How does your admired artist’s work differ from that of someone’s work you really don’t like?   What are the actual differences? Can you actually write out a list of them?  Looking at all the examples of their work that you can find – really really looking – will definitely help.  Also discussing their work with  fellow art quiltmakers.

Barry Green then goes on to suggest that you might consider imitation.  Imitating the work will give you even more information – nuances you might not have been able to consciously list.  Apparently many jazz artists have candidly admitted to having memorized note by note famous solos that their heroes have played.  Gershwin said he wrote his early songs to sound as much like Jerome Kern as he could.
Now I’m not suggesting that you would even finish an imitated quilt top, let alone show it publicly – though it might be a very interesting exercise for a critique group  whether you all admired the same artist or not.  But if you really want to learn and improve, frequent daily practice, massed practice on the areas you find difficult and imitation might be something to consider.  There’s so much to learn and it’s so much fun learning!

And, if you have been, thanks for reading!  Reading is good too…..
Elizabeth
Posted by Elizabeth Barton at 9:17 AM

Thank you for this reminder! Some years ago I collated a suitcase collection on behalf of the Contemporary Quilt group here in the UK.
As I had the pieces at home for some time I also had the pleasure of selecting my favourites and did as you suggested. Initially I tried to identify what they had in common, but then went on to sample the different styles. (I used a plain calico backing and wrote copious notes on it about what I'd done and why, so that I couldn't be accused of plagiarism!) I still refer to those pieces as they were amongst some of the best practical lessons I've had.
Note to self - repeat exercise sooner, rather than later!

thank you, Linda, for that example - I think it really does help and it was very validating to learn that many professional musicians had started this way too!

Would be interested to know what the designers of the study mean by "improve your brain" and how they are going to measure the results. I have heard that learning any new skill is good brain food. Thanks for sharing your thoughts.
Mary Helen in OR

well they're doing a lot of pre and post testing...cognitive skills, attention, visual and auditory memory, stuff like that. also a long functional EEG which is pretty nasty - 2 hours of 200 leads and saline being poured on your scalp to help maintain contact!!!

Very useful advice. Like you I began as a psychologist but because of migrating to the UK I ended up in education and became very experienced at teaching people skills including language, teaching training and finally surgical skills. I am going away to put what you say into practice as I had rather forgotten the importance of repetition and practice.19 B

Learning is the key to everything; it behooves us to find the Best Possible ways to do it.